An old customer of mine who has been a butcher told me that the organs that look the worst in a horse are the lungs. He did not know the exact reason for this, even if he had some suspicions. It is very interesting to know what horses look like internally. Personally I think that the way the lungs appear has to do with their detoxifying function.

The lungs, together with the skin, kidneys, and the colon are the four detoxifying organs.

In gaseous exchange, gaseous detoxification occurs through the lungs: the horse breathes in oxygen that is taken up by the arterial blood, and breathes out carbon dioxide, that is left by the venous blood.

If one looks at the function of the lungs, they are supposed to cleanse, moisten, and warm the inhaled air. The toughest filtration is done by the nasal hairs while the smaller particles stick to the mucus that covers the mucus membrane in the nose.

The lungs of the horse

The horse breathes in mainly through the nostrils, which is an advantage as prey to be able to take in air through the nostrils, sensing smells at the same time as it grazes. At rest, a normal breath is around five liters and the horse takes about 10-18 breaths per minute so at least 50 liters of air are passing the lungs of the horse each minute.

At heavy exertion, both breathing frequency and the size of each breath increases. During a race, about two thousand liters per minute pass the lungs of a race horse. The breathing in a galopp is connected to the frequency of steps; under large effort during a galopp, a horse therefore takes in about 120 breaths per minute.

In trot, however, there is not such a strong correlation. A trotters breathing frequency under large exertion is lower than that of a race horse, about 90 breaths per minute. The breathing is affected by the headposition and the position that is pursued within mainly dressage: this affects the flow in the respiratory system so that the breathing is more strained.

Even though the surface of the lungs can take in oxygen that corresponds to about 300 cubic meters and large amounts of air pass each minute, the breathing apparatus is the largest limitation for a horse. This in the sense that in types of work where the oxygen uptake largely determines the performance in trot, racing, endurance, and western events. The consumption of oxygen increases drastically under hard effort, but reaches a plateau phase after a while; if the exertion continues, lactic acid builds up and the horse gets fatigued quickly. The oxygen consumtion can increase 30 times under the first minute of exertion and can in extreme cases become 100 times higher than at rest.

The lungs control the skin and body hair, and one of the responsibilities of the skin is to regulate body temperature. There are several types of physiological connections to how a horse regulates heat in the body. When the environment temperature is the same as body temperature, the difference in temperatures is zero and heat is given off as moisture. One can tell that the horse increases the amount of breaths per minute and sweats. Moisture is given off from the respiratory system during breathing, and passively from the skin constantly. The evaporation of moisture from the respiratory system and from the skin is important for the horse to be able to regulate its body temperature and heat.

Horses have a good capability to sweat, which gives more active possibilities for cooling down through evaporation. When it gets hot, the horse increases its breathing frequency from the normal rate at rest, 8-16 breaths per minute, to 30-40 (up to 60) breaths per minute at rest. When the temperature of the environment sinks, the temperature difference between the environment and the horse increases, and the horse can regulate blood flow to the skin that holds a blood reserve which maintains homeostasis in the horses body temperature.

If you cut the horse this incredibly fine cooperation between the lungs, circulatory and skin does not work. The horse's owner / keeper will have to take responsibility for and active participation in the horse prerequisites to regulate their heat balance.

During the fall (2014) Hippocampus days at Swedish University of Agricultural Sciences in Uppsala, Kristina Dahlborn and Elke Hartmann presented a project that they, together, have worked with between 2012 and 2014. The focus of the research has been the role of covering and cutting animals.

In Sweden, according to a survey conducted by Elke hartmann in December 2013, over 40 procent of horses had between three and five blankets each – 25 procent had between six and ten blankets each.
The largest fraction of the surveyed horse owners, 46 procent, begin to use blankets when the temperature sinks below +10 degrees celsius. The most common reasons for covering a horse are according to the survey answers: strong wind, cold, or rain. The horse owners’ attitude towards grooming is however related to the riding – one wants the horse to be able to perform better during riding sessions and dry quickly after training. 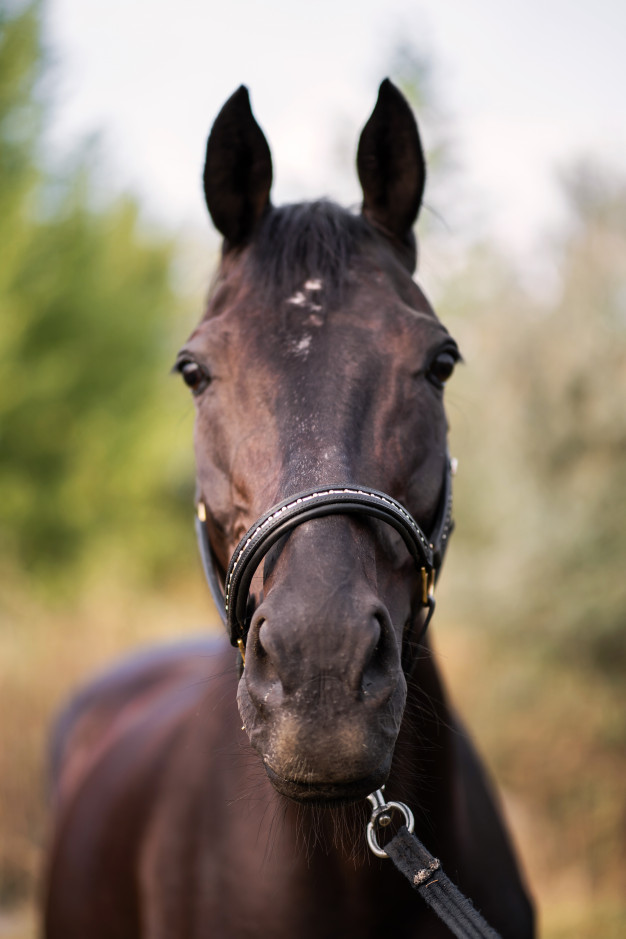 The horses hair is created to function as is; grooming ruins the hairs’ isolation ability. However, during riding heat exertion is facilitated if the hair is short and groomed. Research agrees on that fact. The horses well-being is not only in the hair, but can be questioned through the body’s actual temperature and heart frequency during the riding session.

Kristina Dahlborns research team sought help from the Swedish Horse Countil, and ”Jällaskolan” in Uppsala to measure the difference between groomed and ungroomed horses – a total of twelve times at each occasion. The horses rectal temperature, skin temperature, heart and breathing frequency were measured both before, during, and after the training session.

The ungroomed trotters worked equally hard on the track but received different treatment afterward, all had the same temperature one hour after the riding session. This despite whether they had been showered, showered and received a blanket, or only been brushed after the training. For the saddle horse in a stable the heart frequency was not affected, groomed or not. Not even the groomed horse that was ridden with a blanked was more affected than the groomed horse without a blanket. The groomed horse in the stable had quicker recovery time in terms of breathing frequency compared to the ungroomed horse, however.

In the box before the riding session, the skin temperature for the groomed horse was almost two degrees lower than that of the ungroomed horse. After the training the horses with blankets had a skin temperature of about two degrees higher, compared to the half groomed horses who were left without a blanket. For the warm trotter that was showered after the training, a relatively quick decrease in body temperature was seen. For the horse who received a shower and then a blanket the shower had no significant effect; the body temperature was merely the same as the unshowered horse.